An exhibition in partnership with Artangel.

The Soft Prison brings together works by ten contemporary artists to explore the landscape of our private space and the home's capacity to contain and sustain us. 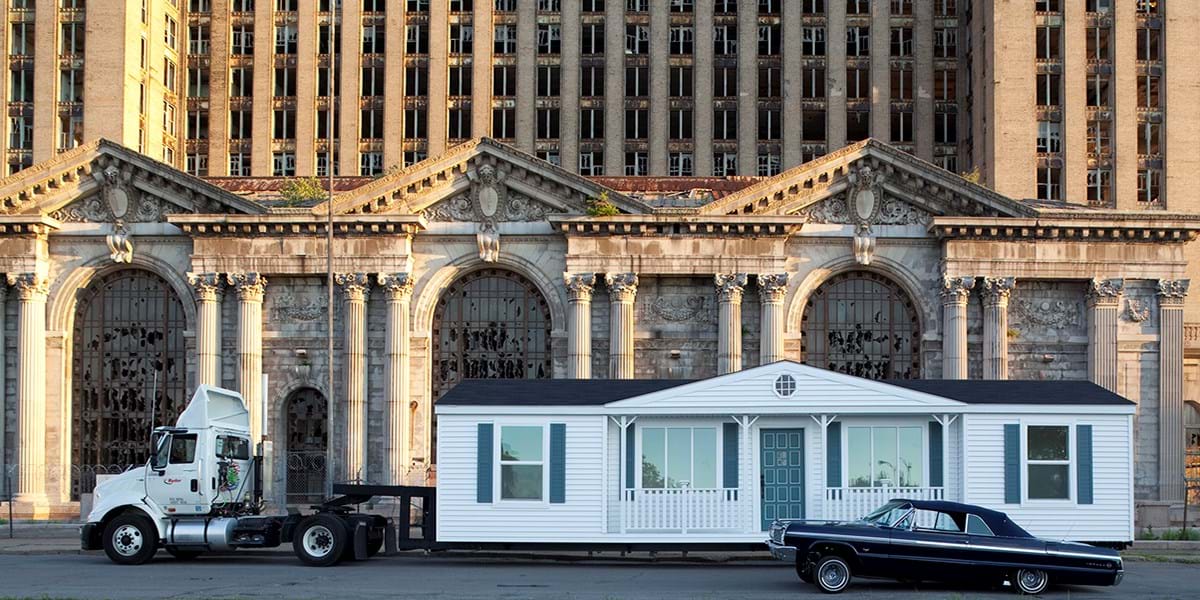 The home, where so many of us have been confined since March 2020, has long been a provocative site for artists to consider the ways in which we live.

Domestic life assumes many configurations, shaped by those we live with or alongside, and the neighbourhoods we occupy. For some, home is a place of tenderness, comfort or refuge. For others, home can be a deadening or constraining space, which gives way to fantasies of escape.

This exhibition contains material of an explicit nature.

Artists in the exhibition

Documentary film and photographs depict the making of Whiteread’s Turner prize winning work House, which was a concrete cast of the interior of the last remaining terraced house on Grove Road in Mile End.

The video Fishtank is a natural history-style portrait of a dysfunctional family within the confines of their council flat.

The installation Home subverts the safe environment of a domestic kitchen, traditionally a feminine domain, by running an electrical current through the items on display.

The film titled Die Familie Schneider shows the lives of identical twins in identical interiors in disturbing and claustrophobic detail.

Climbing Around My Room is an 8 minute looped video of a girl clambering determinedly around a room without touching the ground.

The film The Arbor follows the personal journey of Lorraine, the daughter of playwright Andrea Dunbar, as she is introduced to her mother’s plays and letters.

The film Great-ish, The Gaslighting of a Nation is a love letter to an unborn child, engaging with the migrant experience and Britain as a spouse in a would-be toxic relationship.

In the House of my Father is a close-up image of Donald Rodney’s hand, in which sits a minute sculpture of a house. Rodney made it in hospital while he was recovering from an operation to combat sickle cell anaemia.

The short film Home, originally shot on 16mm, charts one woman's journey from the mundane to the extraordinary as she cleans her house and cares for her two young children.