He even waved to me

A terraced house built in about 1929. It's a four storey property if you count the below street-level toilet and coal-shed that as been locked for almost 30 years.

I moved here in 1963/4 as a small child with my grandparents who brought me up. They died some years ago and so I live alone.

Now my primary fear of living alone is the inability to get medical help from my bedroom when the layout of the house doesn't allow for a phone connection or a viable mobile signal. 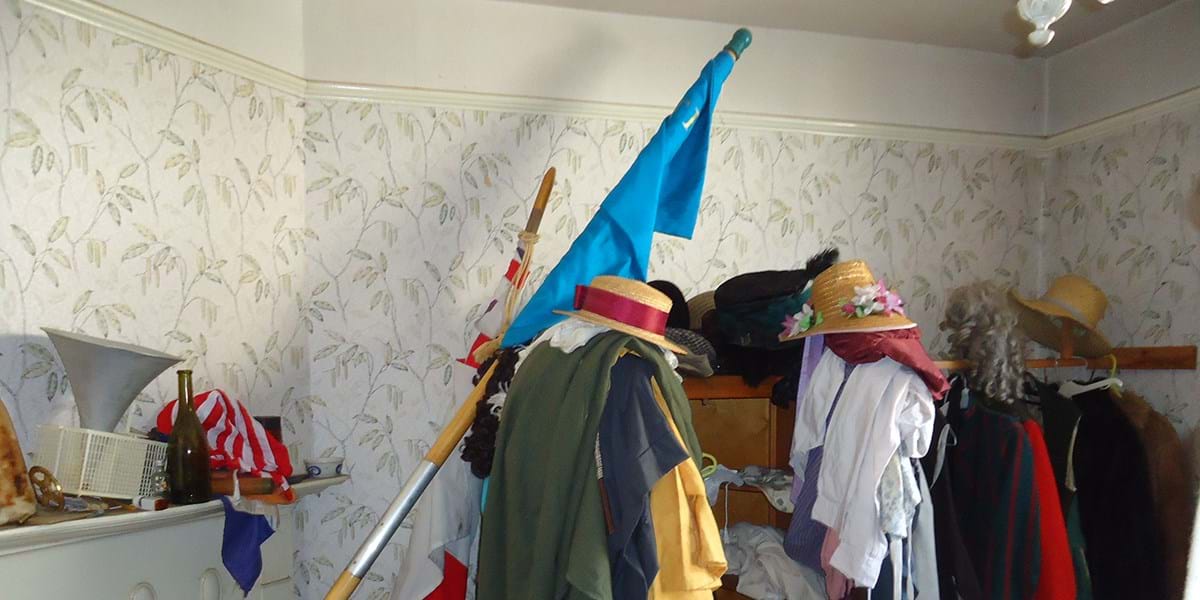 Essentially I live inside a warehouse storing historical items

In what ways has the coronavirus pandemic changed the way you use your home?

There is no discernible difference between the current and pre-pandemic usage.

I am a reenactor. I run a reenactment group specialising in historic communications technology. Most of my property is given over to store our equipment and in that nothing has changed.

How do you feel about your home? How have these feelings changed?

I am lucky not only to have my own home of a reasonable size but to have inherited it from my grandparents. It's always been my base camp for journeys around the world and as a store for historical equipment.

Now it's my sanctuary from a lethal virus. The only place on the planet that I know that I am safe from it.

How does staying at home affect your relationships?

In one sense nothing has changed because all of my family are dead.

BUT my close relationships that are based on reenactment and transgender rights are also dependent on seeing each other. Phone calls and the odd email are no substitute and I feel them to be slowly drifting away from me.

What do you appreciate most about your home? What do you find frustrating?

That I have a home and because I don't share it with anyone I consider it the only place on the planet that I can call safe from the virus. Also because of its size I have plenty of storage space making my type of reenactment possible, something that wouldn't be practical if I lived in a flat or shared the premises.

The primary problem is the cost of maintenance that, despite spurts of renovation, I cannot afford to do fully and the flights of stairs that as I get older I increasingly find it difficult to climb.

Moving the bedroom downstairs doesn't really work when the toilet and bathroom are upstairs. Also again through age I fear being unable to climb out of the bath and there is no space for a shower. 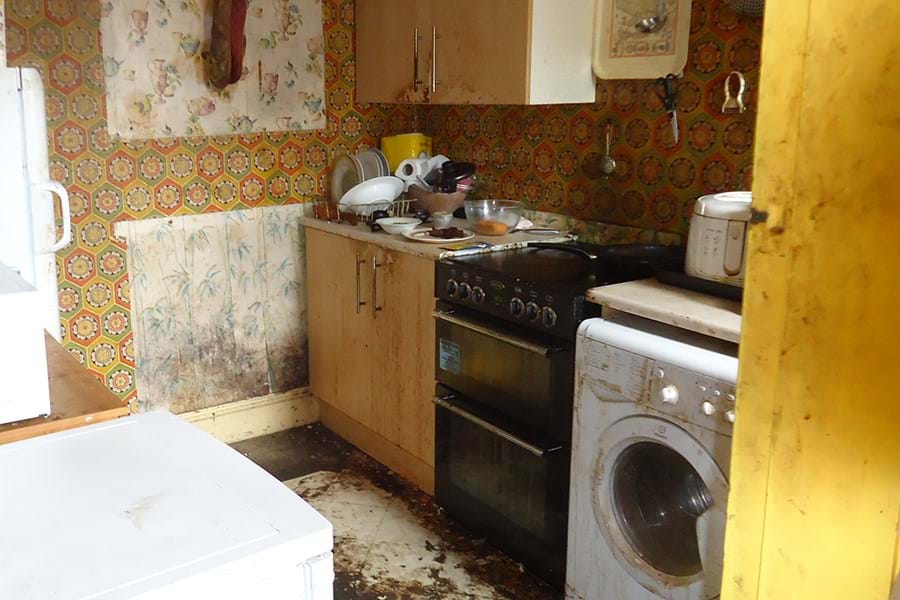 How has lockdown changed your habits or routines at home?

I have changed my routine considerably.

Normally I would go to the pub on a fortnightly basis or occasionally the cinema. Then there is the reenactment season with journeys to bookings starting from my house with the loading of equipment into a van. The 2020 season ended before it started and the equipment is stacked mournfully, awaiting a better time to come.

My birthday, that is in May, is always reason for gathering either at my house (that cannot happen this year) nor can visits by my closest friend who is 200 miles away.

The daily routine hasn't changed greatly instead it's become the totality of my life. One endless day is identical to the next endless day.

The highlight of my week has narrowed down to planning how to safely buy a copy of the Radio Times or go shopping.

How is your sense of home affected by your neighbours or those living nearby?

My relations with my neighbours have change considerably for the better.

I am what is now called transgender. When I fully transitioned in 2006 I was the target for relentless bullying and intimidation that went on for years to the extent of being barred from the village shop, poison pen letters put through my door and bogus complaints about me to various council officials that they were obliged to follow up. A neighbour even succeeded in persuading the police to break down my door after claiming that he thought that I was dead, in fact I was staying with my mother. Another man tried to ban me from walking down an entire street, backed up with threats of violence.

I moved to London where I was happier. It was the hub of the trans community and while you were ignored by Londoners in my experience you weren't singled out for abuse. Unable to find work I went to work as a reenactor at a museum in Holland. They knew I was trans and their requirement of me was could I do the job and as I could I was accepted into the community.

Eventually I had to come home so that, to be whole, I could access surgery via the NHS. The law had changed and especially helpful to me was the Equality Act that curbed the worst of the abuse replaced by a cold war characterised by silence that lasted 15 years. Therefore when lockdown commenced and the worries about the effects of isolation I thought for me nothing much will change then.

Actually it has and for the better! I had not noticed that over the years almost all the protagonists had died or moved away and their children grown up and left. The new neighbours either didn't know or care. Society had moved onto a better, more tolerant place.

The lockdown has been a catalyst for this change. I get on well with the couple who moved in next to me. The lady and her 8 year old daughter across the road wave to me where once it was other gestures though the window.

More remarkable is the change that's come over my other neighbour the one who organised that police raid on my house amongst other things. Dialogue with him had become limited to exchanges of solicitors letters then three weeks ago during the 8pm clapping session he talked to me quite normally as if the past 18 years had never occurred. I was speechless, surprised, why now but took it in good faith and since then we have had conversations about routine things as if the past between us never happened.

Last week he even waved to me as he drove past and it now my village feels like a good place to live.

Take part as we document home life during the coronavirus pandemic

Keep up to date with all the latest from the Museum

Sign up to our monthly enewsletter for news and stories