LGBTQ+ history in a time of change

The last room in the Museum of the Home's Rooms Through Time displays shows how a gay couple would have inhabited a loft apartment in 1998. As I left the Museum that evening, I got to thinking about gay life in the 1990s. 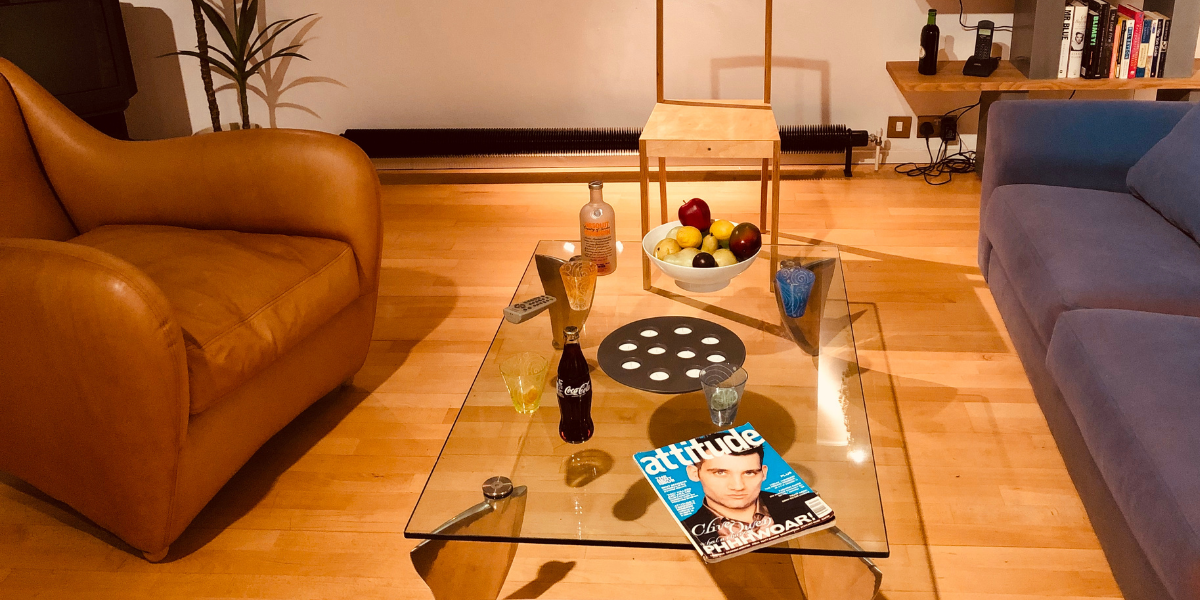 Walking down Hackney Road, I imagined how the street might have looked; the pavements bustling with queers roaming between Hoxton's LGBT venues, taking a break from sweaty dance floors, chance encounters and chat until the early hours. Then there were no new builds, designer homeware shops or co-working spaces. The old chippy and corner shops seem to be the only businesses left from that era.

I heard about those times from friends who were here before me. There aren't any LGBT venues left in Hoxton today. Rent increases driven by gentrification forced venues to close one after the other. The establishments have been swallowed by the city, while those which remained vacant or to be demolished were boarded up and covered with graffiti. 58% of such venues were lost across London between 2006 and 2017, UCL reports.

The LGBT community had called Hoxton home for decades. Opening in the 1970s, London Apprentice was the epicentre of East London’s gay scene with Jean-Paul Gaultier, Ian McKellen or Freddie Mercury among other notable customers. Later, the Young British Artists’ generation helped turn the area into a creative hotspot with artists such as Alexander McQueen, Tracey Emin and Damien Hirst, then at the start of their careers, moving here. With its abandoned industrial buildings, the area offered cheap rent and studio spaces, enabling emerging talents to focus on their craft.

This snapshot of gay life in the Rooms Through Time also highlights a difficult period within the LGBT community. The 1980s and 1990s were marked by the toll of the AIDS pandemic. Harrowing and sensationalist media coverage projected shame onto the community. In response to the health crisis, Margaret Thatcher’s government voted in favour for queer erasure through Section 28 of the Local Government Act. The social stigma around the LGBTQ+ community became entrenched. Section 28 forbade local authorities from ‘promoting homosexuality’ and ‘the teaching in any maintained school of the acceptability of homosexuality as a pretended family relationship’.

In this divisive climate, gay culture partially withdrew from the public eye. The domestic sphere became a more important site for queer lives. Publicised by Lisa Duggan in 2002, the term ‘homonormativity’ came to define the gay retreat into the privacy of domestic life and its separation from queer politics. The 1998 room shows how a metropolitan gay couple would have built a home away from the public eye.

North of Hoxton, Dalston still remains a hotspot for the community. Dalston Superstore, VFD or The Glory play a major role in bringing the community together by offering a platform for local artists and performers.
The city moves faster than we realise, the towers of glass and steel are getting taller and moving closer. The 1990s room captures a fleeting moment in local LGBTQ+ History, giving a glimpse into the lives of queers who called East London home.