Naila leads the team working on the redevelopment for the Museum of the Home. She lives in Tottenham, where she has recently finished renovating and refurbishing her flat. 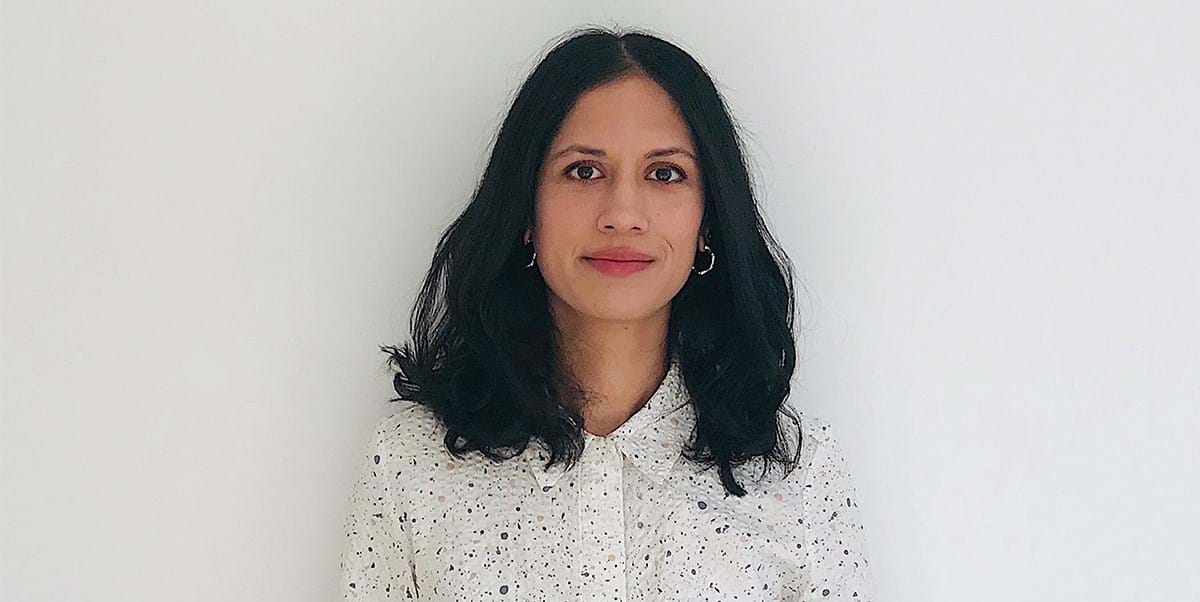 Where is home for you?

I've been thinking recently why this might be. I think it is to do with identity and experiences that shaped your identity. This is the case with my parents' house, which holds a lot of meaningful memories for me.

Maybe I'll feel that way about my flat at some point.

What smells or sounds do you associate with home?

Cooking, my Mum's cooking. Not a specific dish, just the smell of home cooking.

What meal makes you feel especially at home?

Biryani. It's like a rice-based lasagna type dish found in parts of the Middle East and India.

It's the only thing that I can cook of my Mum's recipes. The recipe isn't something that is written down, but is something that has been passed down through the generations of women.

And the recipe is very region specific, and type of biriyani varies depending on exactly where it comes from.

What's your earliest memory of home?

Probably being outside in the garden playing in the mud. I was slightly mischievous in that way and spent a lot of time outside - I was always quite mucky.

How do you connect with nature at home?

I have a small terrace.

I was out there on Sunday untangling the climbers to go along the railings and made a task that should have lasted thirty minutes, last three hours.

I've a few seedlings in pots inside. Only a few have sprouted so I keep watching them, willing them to grow.

How does your home help your wellbeing?

I'm a real collector of things and found objects from nature in particular.

When I'm out I'll pick up things like an oddly shaped pinecone or pebble.

I have a ledge inside my flat that I put them all on and keep adding to it. When I walk by that ledge, it takes me back to those moments and fills me with delight.

If you could change one thing about your home what would it be and why?

The squeaky floorboards. It is probably something I should have put right when I renovated my flat, but I ran out of money. They've been sanded and painted, but some floorboard still squeak.

Luckily, I am more exacting in my professional life than my personal life!

What do you most appreciate about your home?

That I've made it habitable.

I bought it two and half years ago and it was a bit of a wreck. It didn't have central heating or gas, most of the electrics didn't work and large sections of the roof were missing.

I had hoped to prepare the drawings and do the work within a six month period, but it took just over two years to do it all.

It is a great feeling now that everything is working – I feel like I've done right by the building!

Where do you relax?

I tend to move from room to room, following the sun round.

My grandparents home in Kerala, India.

I used to go there in the holidays as a child, though I haven't been for a few years. As a child I remember there being a very specific smell and humidity that would hit me as a stepped off the plane. I would only ever spend two weeks at a time there, but it still feels like home in a way, even though it is so far away.

Naila Yousuf is a partner at award-winning practice Wright & Wright Architects which specialises in working with historic buildings, museums, libraries and archives. The practice is characterised by an acute sensitivity and intimate understanding of a site and its history. Its list of distinguished clients includes St John's College, Oxford, the V&A, the Royal College of Art, the National Gallery and the Church Commissioners for England.