I want to break free

What does Queen's I want to break free say about women and housework?

It is 37 years since the release of Queen's I want to break free, with its iconic video featuring the band in drag, and the most prominent deployment of a vacuum cleaner in rock history.

This domestic satire, drawing on British soap opera and bawdy pantomime, was greeted worldwide in 1984 with a mix of amusement and controversy.

But, nearly four decades on, how might a contemporary viewer negotiate the evident delight of an all-male band in highlighting the lack of opportunities for working-class women?

Is it cruel or is it kind? Either way, as gender politics continue to play out in households around the world, I want to break free still has something to say about housework and those stubborn stereotypes.

Women, technology and the home

The video begins in a street of terraced housing, filmed in Leeds and inspired by the opening credits of Coronation Street.

Chimneys with TV aerials signal the ubiquity of this medium of domestic entertainment: by the 1980s soap operas were beamed into millions of homes around the country several times a week.

Read more about how TV transformed our lives

Brian May's character, loosely based on curler-wearing soap favourite Hilda Ogden, wakes up to the boiling of a teasmade – remember those?

These automatic tea-making devices, incorporating an alarm clock, enabled a brew-obsessed nation to enjoy a cuppa under the duvet and promised a moment of peace and quiet before the relentless demands of the day kicked in.

Reaching the height of popularity in the 1960s and 70s they signified luxury and convenience, before falling into derision.

May's teasmade bursts into flames, suggesting the release of pent-up energy and an explosion of the myth that technology liberates women from the drudgery of housework. 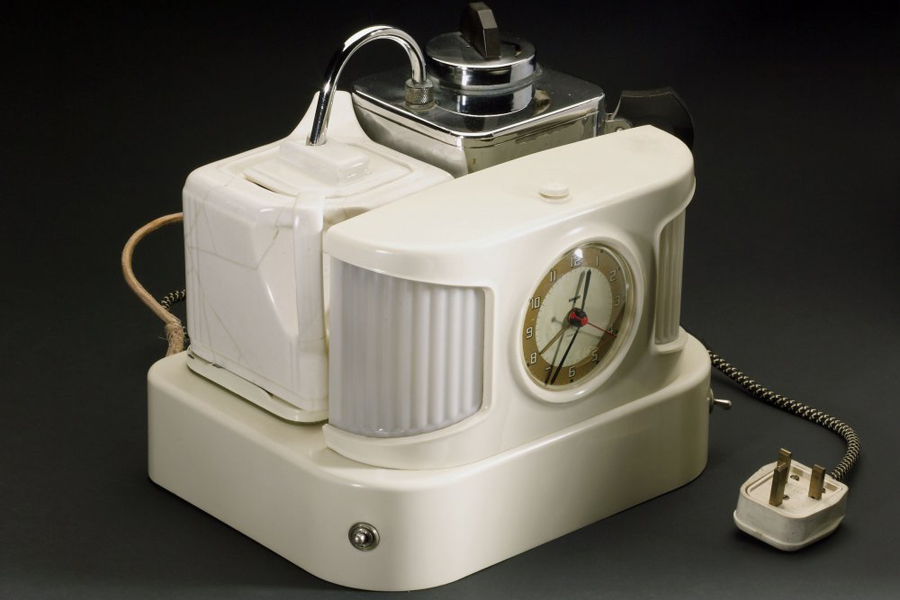 In the video, the appearance of Freddie Mercury is preceded by a bucking 1950 Hoover 119 Junior. The machine seems to have a life of its own. In reality the upright model, popular for decades, was heavy and awkward by modern standards. 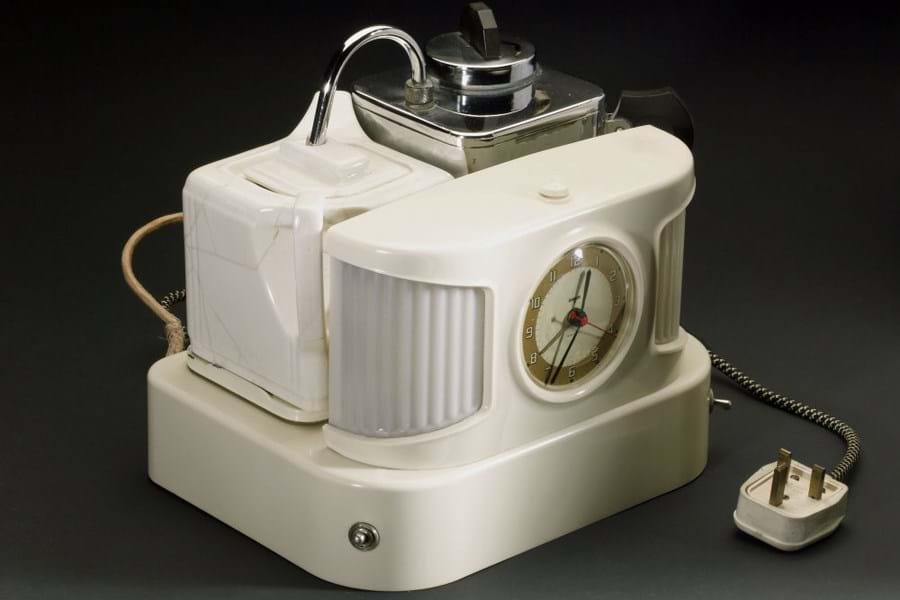 So what has been the impact of technological innovation on the lives of women?

Our days are no longer dictated by relentless back-breaking household chores. But there still seems a lot to do – has technology just raised standards of cleanliness and accelerated everyday life?

Even if women are no longer bearing the bulk of housework, and many statistics suggest that they are, society is recognising the impact of the mental load: with the bulk of responsibility for thinking and planning domestic life still falling to women.

Others argue that being busy has become a mark of pride, a way that we assign value.

The housework as meditation movement, with decluttering sold as a life-changing task, further complicates the matter.

And what if you actually enjoy housework? Maybe it's a choice, maybe you have no desire to break free, and that's fine too. 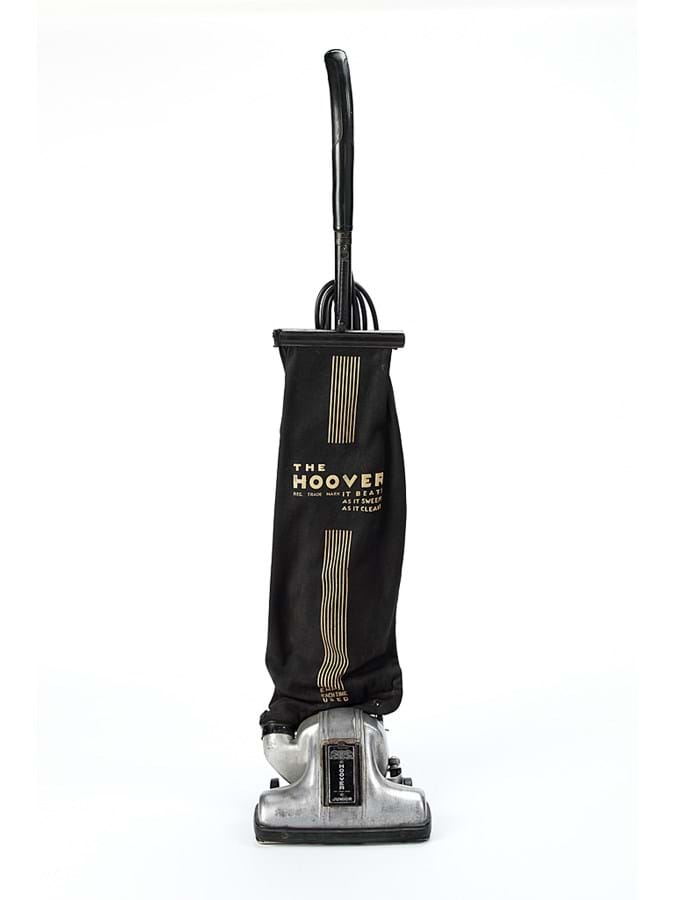 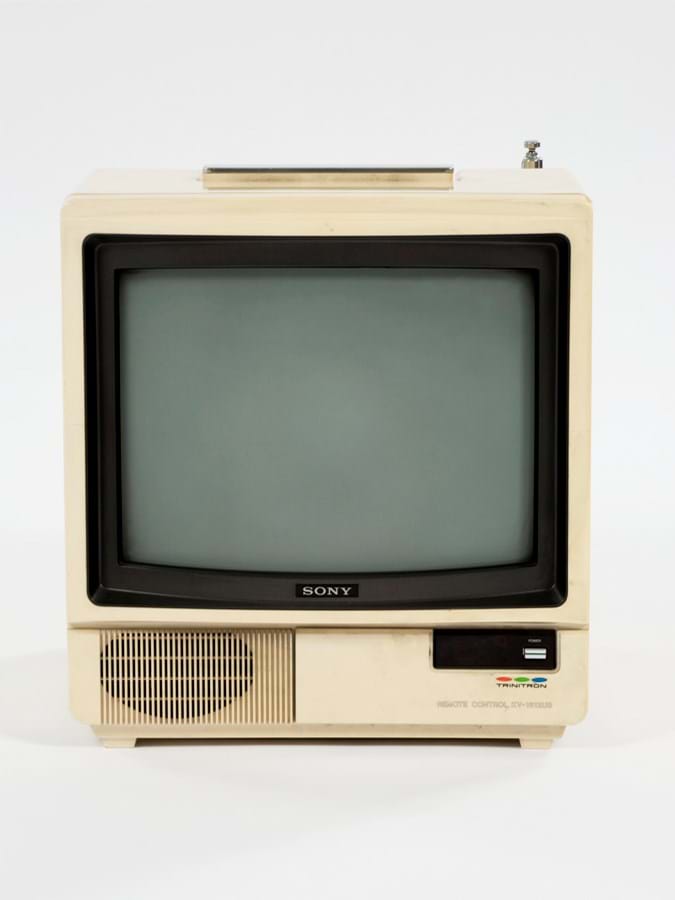 If Queen's interpretation is anything to go by, women might be bored, unsatisfied with their relationships and lacking options but they're not particularly over-worked.

Freddie Mercury's character is the exception.

Add to this Mercury's own ambiguous sexuality at the time, and his video persona appears complex, both then and now.

The other characters appear at leisure. John Deacon's Ena Sharples tuts over a tabloid newspaper, while Brian May flicks nonchalantly through a vintage women's magazine. Roger Taylor's Lolita schoolgirl, the most problematic stereotype in the video, engages in some light washing-up and some distracted homework.

Mercury dusts off these three ages of woman: maid, mother and crone, all seated in the front room, wanting to break free with little urgency.

Is their oppression based on the relentless demands of the domestic environment, the ennui of the housewife, the lack of opportunity outside the home, or all of the above?

In Queen's video, Freddie Mercury is liberated by returning to his masculine persona first as a topless rock God, in sharp contrast to the crowd of slow-marching miners that surround him and his fellow band members (the video was released at the height of the miner's strikes); then as a Nijinsky inspired faun, who breaks free completely to indulge in a place of abstract gratification.

Having explored clichés of liberation, the rock and roll adoration, the baccanale – predictable domestic life still holds an attraction: 'it's strange but it's true, yeah'.

Maybe it's not about breaking free, maybe it's about staying put and making everyday life better.

Today, the gender stereotypes satirised in Queen's video have not been completely overturned, but to what extent is a more empowered discourse playing out in real homes across the UK?

How much has actually changed on the ground and what reception would Queen's video have if it was made and released in 2021?

There have been notable shifts in working patterns, household set-ups and gender equality since 1984. The digital age heralds still greater changes with the Internet of Things and the rise of Cyberfeminism, and it will be interesting to revisit Queen's video in another 40 years.

What is surely still current is the staging of debate within the domestic environment and the enduring relevance of questions around housework and identity.

Today the fantasy realm – revealed in the cupboard under the stairs – might simply be a world of shared domestic responsibility based on time availability not gender: housework being something that we all just do sometimes, not something that defines us.

The objects that have transformed our homes