Geffrye, his statue and its future

There is a statue of Robert Geffrye on the Museum's buildings to acknowledge his donation to build the almshouses.

The statue reflects the historic connection the Museum buildings have to Geffrye, an English merchant who made part of his money from his investment in transatlantic slavery.

Geffrye is not connected to the founding of the Museum or its collections. 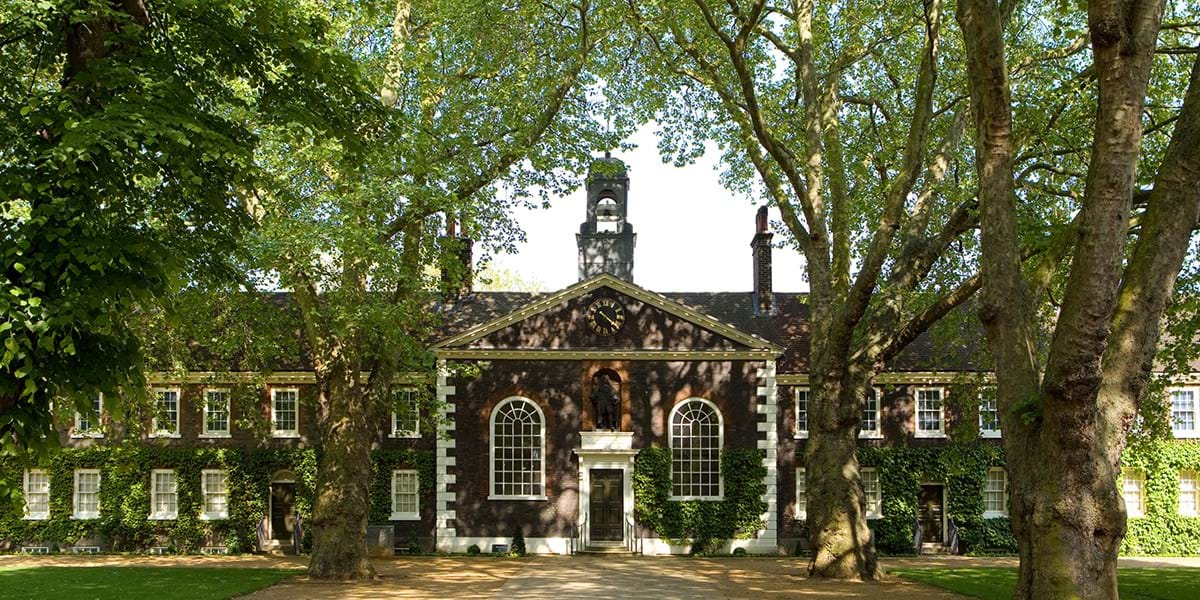 Exterior of the Museum of the Home from Kingsland Road. The statue is beneath the clock, above the door. © Jayne Lloyd

The legacy of transatlantic slavery within our history

We acknowledge the pain caused by the connections between the Museum buildings and the forced labour and trading of enslaved Africans.

There is much debate within the Museum and its wider communities about what the statue of Geffrye symbolises today.

The Black Lives Matter movement has demonstrated a profound need for people and institutions to educate themselves about the legacy of structural racism and colonialism. We have a responsibility to act against injustice, and this includes confronting the legacy of colonialism and transatlantic slavery within our own history.

The Museum's position on the future of the Geffrye statue

The Museum of the Home strives to be a welcoming place for all. We feel that the statue of Robert Geffrye on the front of the Museum's buildings does not promote the sense of belonging that is so important for our visitors, and fundamental to the Museum's values.

We have been listening to many views and considering all options concerning the display of the Geffrye statue.

We believe there is potential to retain the statue on site but in an alternative and less prominent space, where we can better tell the full story of the history of the buildings and Robert Geffrye's life, including his involvement in transatlantic slavery.

As a Grade I listed building, there is legislation that the Museum must take into account in making any decision. The Museum will work closely with its stakeholders as anticipated additional guidelines are issued by the Department of Digital, Culture, Media and Sport on effective decisions concerning heritage, as well as the process around Listed Building Consent.

Contextualising and reinterpreting the statue

We are developing a curatorial programme to explain and contextualise the statue on site.

When the Museum reopened in June 2021, we installed a panel at ground level beneath the statue with a brief overview of who Robert Geffrye was. This includes his connections with the forced labour and trading of enslaved people from Africa, and acknowledges that the statue is the subject of intense debate.

The Museum continues to develop its programme of curatorial work explaining and re-contextualising the statue and exploring themes of migration, race and identity in the context of 'home'. Through this programme we confront, challenge and learn from the uncomfortable truths of the origins of the Museum buildings, and fulfil our commitment to diversity and inclusion.

We also commissioned Michael McMillan to make the film Waiting for Myself to Appear, exploring ideas around Black women's identity, gender, diaspora migration and home. The film is a permanent exhibit in the almshouses chapel.

In Spring 2022, we will re-open Almshouse 14 to the public after a period of closure due to Covid-19 restrictions. While closed we have reinterpreted the information and displays in Almshouses 14 to further explore the Museum buildings' connection to Robert Geffrye.

We are confronting, challenging and learning from the uncomfortable truths of the origins of the Museum buildings, to fulfil our commitment to diversity and inclusion.

Discussions and debate about the statue

Following an initial process of reflection, debate and research, and a public consultation conducted in partnership with Hackney Council, in July 2020 the Board of Trustees of the Museum decided to keep and explain the statue of Robert Geffrye in its current position.

The Museum wanted to seek feedback on the future of the statue and held a public consultation to help inform the Board's decision-making process. The online consultation was designed as an easy, accessible way for as many people as possible, particularly local residents, to have their say on this important issue.

Over 2,000 people took time to share their views. Overall, the response was in favour of removing the statue. There was a wide range of responses and suggestions, including how the Museum should share the historic connections between the buildings and Geffrye. Read the summary of the public consultation about the statue July 2020 (pdf).

Responses from Museum community groups, members of staff and sample postcode data from a petition about the statue were shared.

Other information the Board considered

The Board also took into account other information including the government's position to 'retain and explain', the building’s Grade I listed status which means any decisions to change the building require planning permission, and independent research into Geffrye.

Alongside the debate about the statue, the Museum is committed to a transformative programme of structural and cultural change to become truly representative and inclusive, through our workforce, creative programming and partnerships.

We want to work with all our communities to fulfil the Museum's vision to create a diverse and dynamic cultural experience around home.